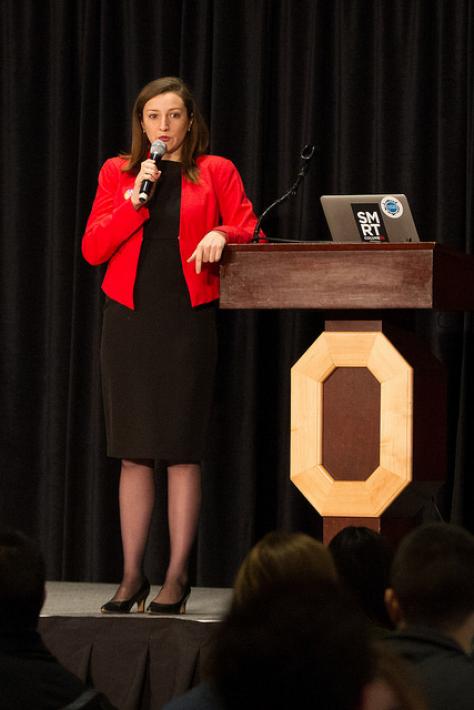 This event had some great speakers. Our opening speaker was Jordan Davis, from Smart Columbus. Smart Columbus is a combined effort from the United States Department of Transportation, The City of Columbus and many company sponsors, most notably Vulcan, to revolutionize transportation in urban areas. Jared Federici, who is the Great Lakes Regional Vice President, also gave an update and a look into the future for IISE. Michael Foss, the Immediate Past President of IISE, spoke about some of the new things happening at Amazon while encouraging students to stay involved  with the organization after graduation. Our keynote speaker for the night, Rob Savage, formerly COO of Yum! Brands and a distinguished OSU ISE alum, gave a wonderful presentation about his life experiences and his tips for success.

Many of our breakout sessions were big hits among the attendees. These breakout sessions focused on a wide range of topic from big data and analytics, industrial engineering in healthcare, digital revolution in the automotive industry, The Amazon affect, and company transformations to become data driven and teamwork in the workplace among others. One of the biggest highlights was the Young Professionals Panel, hosted by Kelsey Larsen, the president of IISE’s Young Professionals. 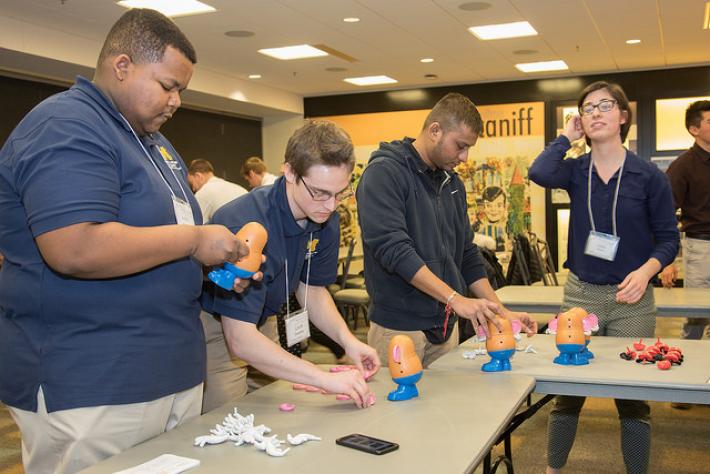 Student competitions reenergized the afternoon when students showed off their ISE skill in fun simulations. These simulations included the Chopped challenge; where participants wrote SOP to make peanut butter and jelly sandwiches, catapult, where participants used previous tests to find where a catapult would shoot on future tests analytically, and many more.  Most notable was the Technical Paper Competition, which was won by Oritsegbubemi Omatseye from Wayne State University. Oritsegbubemi will represent the Great Lakes Region at the 2018 IISE Annual Conference in Orlando, Florida.

Before dinner, the company showcase allowed attendees to see some of the incredible things our industry sponsors are doing in the digital transformation space. A few highlights included Honda’s lift assist designed to limit workplace back injuries as well as DHL’s virtual reality googles to help the picking process in the warehouses.

Overall, the day was an incredible compilation of students, professionals, and industry leaders filled with networking, learning and fun surrounding the future of industrial engineering! 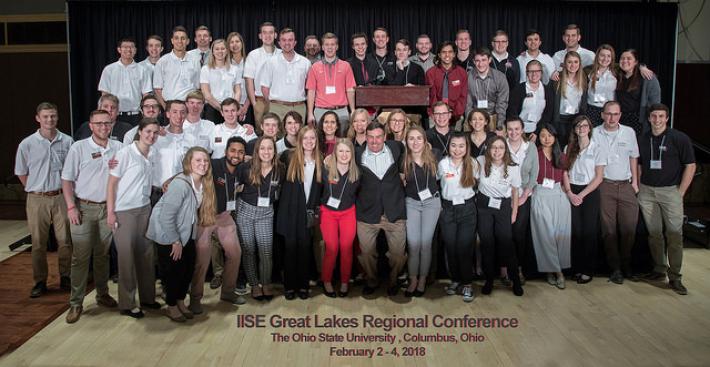