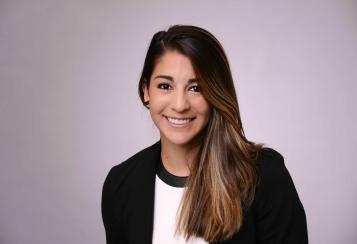 Vanessa Serrano is the newest and youngest member of Integrated Systems Engineering Department’s Advisory Board at The Ohio State University. She graduated in 2016 with her Bachelors in Integrated Systems Engineering, and now works for Bosch in their International rotational program. Through her rotational program, she is excited to be moving to Germany in February of 2018.

During her years in the ISE department, she won numerous awards and recognitions. Vanessa is Integrated Lean Six Sigma Green Belt Certified and saved a company $6 million when she collaborated on their project. She was the founder of the ISE cohort program, along with being the IIE president in 2016. Vanessa was named ISE’s most outstanding senior in 2016, and given the Eddie Ector Junior Award “in recognition of service to others, winning personality and academic achievement.”

Vanessa is fluent in 4 languages, (Spanish, English, French, and Sicilian) conversational in German, and is incredibly passionate about everyone in Ohio State’s Integrated System Engineering Department.