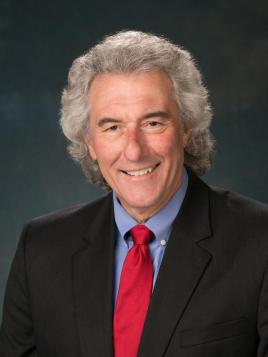 William S. Marras has been awarded the permanent, honorific title of Distinguished University Professor. Ohio State President Kristina Johnson, Provost Melissa Gilliam and Vice Provost Helen Malone presented the award during a surprise virtual meeting on May 11th. The Office of Academic Affairs awards the title on a competitive basis to full professors who have truly exceptional records in teaching, in research, scholarly or creative work, and in service. Distinguished University Professors automatically become members of the President’s and Provost’s Advisory Committee.  In addition, recipients are awarded a $30,000 one-time grant to support their academic work and are expected to maintain a regular program of teaching/ mentorship, research, scholarly or creative work, and service.

The Distinguished University Professor selection process is extremely rigorous, with final selections made by the members of the President’s and Provost’s Advisory Committee. One of his nominators explained that his research “enables collaborating spine surgeons to safely and reliably perform multiple virtual ‘operations’ in the computer, using an individual’s unique spine as the model.” That nominator went on to state unequivocally that “the technology that Bill and his team have created can determine if a spine operation will succeed or fail.” Another nominator said “Ohio State University is a world leader in the area of spine mechanics, ergonomics and injury prevention because of Professor Marras. By any metric he is the absolute world leader in his area.”

“Earning the respect and admiration of the university community seems to be one of his many skills. Without a doubt, Professor Marras is a leader in his field and academia.”

Dr. Marras holds the Honda Chair in the Department of Integrated Systems Engineering at the Ohio State University and serves as the Director of the Spine Research Institute at the Ohio State University. He holds joint academic appointments in the Department of Orthopaedic Surgery, the Department of Neurosurgery, and the Department of Physical Medicine & Rehabilitation. He is also a board certified ergonomist. His research is centered on understanding multidimensional causal pathways for spine disorders through quantitative epidemiologic evaluations, laboratory biomechanical studies, personalized mathematical modeling, and clinical studies of the lumbar and cervical spine.  His findings have been published in over 250 peer-reviewed journal articles, hundreds of refereed proceedings, and numerous books and book chapters including a book entitled “The Working Back: A Systems View.” He holds Fellow status in six professional societies including the American Society for the Advancement of Science (AAAS) and has been widely recognized for his contributions through numerous national and international awards including two Volvo Awards for Low Back Pain Research and an honorary Sc.D. degree. In 2017 he was awarded Distinguished Scholar designation at the Ohio State University. Professor Marras has been active in the National Research Council (NRC) having served on over a dozen boards and committees and has served as Chair of the Board on Human Systems Integration for multiple terms. He has also served as Editor-in-Chief of Human Factors and is currently Deputy Editor of Spine and is the past President of the Human Factors and Ergonomics Society (the world’s largest such society). Dr. Marras is an elected member of the National Academy of Engineering (the National Academy of Science, Engineering and Medicine), recorded a TEDx talk entitled “Back Pain and your Brain” and has been featured on NPR’s All Things Considered.

Conejo, Marras and Sioshansi among top 2% of scientists worldwide