What began as a mechanism to help the Ohio Department of Health (ODH) and Governor Mike DeWine’s office determine pandemic threat levels in different regions of the state has evolved into a data-driven decision-making team to communicate risks on The Ohio State University campuses.

At the onset of the COVID-19 global health crisis, former ODH Director Amy Acton asked for Ohio State’s help in developing a system to monitor and respond to threat levels throughout the state.

ISE Assistant Professor Mike Rayo, Sam Malloy, principal investigator and program manager for the Battelle Center for Science, Engineering and Public Policy at the John Glenn College of Public Affairs, and Elisabeth Root, then Associate Professor of Geography and Public Health and now a Principal Research Scientist at the Gates Foundation, began assembling a Comprehensive Monitoring Team (CMT) patterned after similar teams at the World Health Organization and the Centers for Disease Control.

Rayo said the team included subject matter experts who served as lead analysts in infectious disease epidemiology, computational epidemiology and hospital capability. The CMT was quickly put in place and began its work by mid-May 2020.

“The data services slowly ramped up to be at full strength around July 2020, and Ohio State built an analytical tool that was also finished in July that adjusted for lags in case counting and reporting across the state, determined relative risk between counties, and brought in new data for best-guess analyses of how Ohioans were moving – or not moving – through the state and across the country,” Rayo says.

The team created the Ohio Public Health Advisory System, or OPHAS, which also launched in July 2020, and is comprised of six indicators that determine risk levels for the state’s 88 counties from Level 1 (yellow) being the lowest risk to Level 4 (purple) indicating the highest risk.

Rayo says it’s the first time he has ever experienced a process like this come together across various organizations to respond to a crisis. “I don’t think anything like this has ever happened in the state of Ohio,” he says. “Except for locations that have major weather events, we didn’t observe that any state had ever attempted what we were all trying to attempt starting in March 2020. We had multiple state government organizations (some of which had not worked together), a network of Ohio universities (many of which had not worked together), all of the local health departments (113 at last count), the Ohio National Guard, the Governor’s office, and multiple private organizations volunteering their help wherever it made sense.” 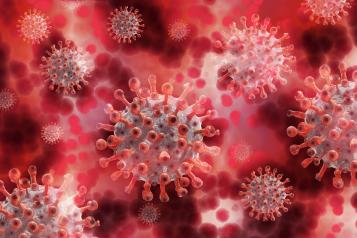 In fall of 2020, Rayo and Malloy were asked to design a similar team to the Ohio CMT, developed especially for Ohio State to determine and manage risks at the beginning of the academic year. Ohio State’s CMT gave daily briefings to President Kristina Johnson and was led by College of Public Health Dean Amy Fairchild.

Ohio State opted not to have a public warning system like OPHAS, but also has indicators that are monitored and interpreted by a panel of experts. This team was comprised of faculty and staff from the Colleges of Engineering, Public Health, Arts and Sciences, Medicine, Public Affairs, Veterinary Medicine and Law, as well all the Discovery Themes, the Wexner Medical Center and Office of Student Life. These experts translate the data into a set of patterns, trends and associated recommendations that are conveyed during the briefings.

“The group was consulted on decisions on testing frequency, classroom density, isolation and quarantine room planning, residential hall planning, and most recently on the effects of vaccination on all of these other aspects of campus life,” he says.

Rayo says that while the state of Ohio’s CMT has since been disbanded, the Ohio State team will continue.

“Ohio State has benefitted greatly from a decision-making mechanism that is data-driven, uses corroborative data from many sources, but is not constrained to an algorithm to inform decision makers and our Buckeye community of the level and types of risk we’re experiencing,” Rayo says. “The flexible decision-making framework has allowed us to communicate threats as they emerge, contextualize them, and reveal comparisons and trends to get consensus of the magnitude of these threats.”