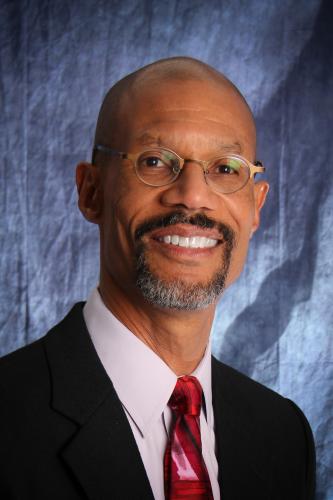 It’s no surprise that Herbert Robinson, ISE ’77, is a marathon runner. No matter what he does, he’s in it for the long haul. Following graduation, he went to work for Procter & Gamble where he spent his entire career retiring in 2012 as Associate Director in Worldwide Quality Assurance.

For more than three decades, Robinson has served as a member of the ISE External Advisory Board (EAB). He took on the role in 1988 after Dr. George Smith, one of his former professors who was Department Chair at the time, asked him to join the board.

“It was an honor for me to be able to contribute to an organization that had been supportive of my success when I attended Ohio State,” Robinson says.

Robinson has fond memories of his time at Ohio State, including attending the first national convention of the National Society of Black Engineers where the attendees finalized the national charter and bylaws and elected a National Executive Committee.

He says during his senior year another opportunity helped prepare him for leadership roles in business. “The Minority Engineering Program (MEP) was offering the inaugural PREFACE (Pre-First Year Academic and Career Engagement) Program that summer for pre-first-year students. The objective of the program is to prepare the students to transition from a high school learning model to college so they can compete confidently with other students in their pursuit of an engineering degree at Ohio State. The chair of MEP asked me to be a resident advisor, a math instructor and tutor for the PREFACE program that year. The knowledge and experience I gained in my roles and working with the students far exceeded my expectations and was great preparation to lead, direct and coach people after I graduated.”

He began his career with P&G in 1977 at the Cincinnati Health & Beauty Care Plant, before assuming various roles in Greensboro, N.C.; Iowa City, Iowa; and Mexico City, Mexico; before returning to Cincinnati in 2006.

“My ISE education provided a foundation for me to grow, develop and assume broader responsibilities in each of my assignments,” he says. “I utilized many of my industrial engineering skills and knowledge.”

Robinson says he is pleased to see that tradition continue in the Department. “The students entering the program today are amazing,” he says. “The technical skills of many of the students entering the ISE program are beyond belief. You have to be one of the top students in the country to be accepted into Ohio State. Thus, they are well prepared to take on the rigorous challenges of pursuing an ISE degree. But on top of their academic success, today’s students demonstrate a high level of leadership, innovation and personal initiative. I am amazed to hear about the projects the ISE students are taking on to assist other students in their success and/or improve the Department and the University in addition to their classwork.”

As a member of the EAB, he says he was particularly proud of the work the Department performed during the 2010-2011 academic year when the University switched from a quarter-based system to semesters.

“The ISE faculty saw this as an opportunity to revise the curriculum and include skills and knowledge the private sector valued in graduating students,” Robinson says. “The Advisory Board and faculty spent multiple meetings discussing, evaluating and developing concrete workable proposals to update and improve the ISE curriculum, which were incorporated into the program.”

He says he hopes to see the ISE Department continue to grow and expand to offer more opportunities for students and employers.

“Today, there are a significant number of talented and deserving students that are forced to pursue other degrees due to the limited number of students that can be enrolled in the ISE program each year,” Robinson says. “Unfortunately, the Department has to limit enrollment due to its limited faculty and facilities. It is my hope, the Department can expand its faculty and facilities to increase the number of students admitted into the program each year. Furthermore, the career opportunities and demand for Ohio State ISE graduates far exceeds the number of graduates. It is a win-win for the students and organizations pursuing ISE graduates.”

Although he has retired from P&G and is leaving the EAB, Robinson has no intention of slowing down. He plans to travel with his wife to locations where they can pursue their love of scuba diving and will continue to run 25 to 50 miles each week as well as play tennis.

“I retired in 2012 to begin focusing my attention on volunteer work and helping others,” he says.

True to his word, Robinson is a volunteer tax preparer, site leader and district coordinator with AARP Tax-Aide; president of the board of a start-up art center; deacon and treasurer of his church; and member of the security leadership team for the Western & Southern Tennis Tournament in Cincinnati.