Creating structure for decision-making in a pandemic

In the early months of the pandemic, Ohio State was asked by the Ohio Department of Health (ODH) and then-Director Amy Acton to propose a data-intensive monitoring and briefing function that would inform both Director Acton and Governor DeWine about the relative threat level of different regions and localities, and how the state government could respond dynamically to these threats. ISE assistant professor Mike Rayo was brought in with Sam Malloy, a researcher in the Glenn College to set up the reporting and operating structure of what would be named the Comprehensive Monitoring Team (CMT). The team would bring together subject matter experts (SMEs) in epidemiology, analytics, public health infrastructure, healthcare infrastructure, and overall monitoring strategies.

“Our job was three-fold: to train current state of Ohio and Ohio State employees on their new role as COVID monitoring agents, to build out a set of analytic tools for the team to use, and to recruit both operational and analytical support where needed to stand this up and get it going as ODH hired and reassigned personnel to be part of the team,” says Rayo.

The CMT comprised multiple bureaus within ODH, members from the Ohio Department of Medicaid, and the Ohio Department of Administrative Services (DAS). The CMT was patterned after similar teams at the World Health Organization (WHO) and the Centers for Disease Control (CDC). The effort was spearheaded by Elisabeth Root, an Ohio State faculty member in Public Health, Geography, and the Translational Data Analytics Institute who had been embedded within ODH since the beginning of the pandemic.

Initially, the team met twice a day, five days a week as the Ohio and US coronavirus numbers peaked in late June and early July. They were instrumental in creating the first Ohio Public Health Advisory System (OPHAS) and the second version that is currently being considered by the Governor’s Office.

The CMT is currently going through a restructuring, with Ohio State taking on more of the analysis efforts. There are also current efforts to share data and insights with school districts and local health departments across the state.

In the fall, the team was asked to build a similar CMT structure, but this time for Ohio State to manage the increased risk associated with the beginning of the school year. The formation of the OSU CMT was a result of the strong recommendation from the Safe Campus and Scientific Advisory Subgroup to form and maintain the group for the entirely of the pandemic. For the OSU CMT, all roles would be filled by Ohio State personnel, and would be asked daily to brief President Kristina Johnson on relative risks on and around campus and potential interventions. OSU CMT would be led by Dean Amy Fairchild of the College of Public Health. It would have direct input in oversight on how testing would be conducted and apportioned, how contact tracing would be set up, and would be a voice at the table (via Dean Fairchild) in all matters related to the pandemic and Ohio State’s response. 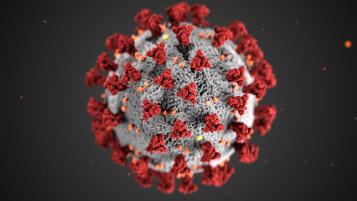 The OSU CMT was part of the successful suppression of spread at the beginning of the semester, the continued success throughout the middle of the semester, and the careful planning and execution of strategies meant to mitigate the increased risks associated with students’ desires to congregate, including during the abbreviated Big 10 football season. The OSU CMT’s first public report is here.

“It has been eye-opening to see where our systems engineering concepts and tools can be valuable at this scale, and where they need to be revised (or thrown out altogether!). There have been a number of times where we benefited from having someone on the team explicitly thinking about how to make distributed decision-making work, or how to bring in multiple disciplines, or a number of other areas that systems engineering routinely provides value in the industries that we serve” says Rayo.

Untangling the complexities of back pain with a convergent approach

Developing the Next Generation of Sustainable Energy Leaders